Pro-democracy protests have been taking place across Swaziland (eSwatini), especially in rural areas, as a campaign steps up to allow people to elect their own prime minister, among other sweeping changes.

Swaziland is ruled by King Mswati III as an absolute monarch. Political parties are banned from taking part in elections and the King appoints the PM and other ministers as well as top judges and civil servants.

The people also called for the economy of the kingdom to be democratically controlled by the people and the provision of free quality healthcare, education and other services. About seven in ten of the 1.1 million population live in abject poverty.

At least 15 separate demonstrations took place on Saturday (19 June 2021). Police fired live bullets in an attempt to disperse a crowd at Kukhanyeni in the Manzini region.

A reporter from the AFP news agency at the scene said about 500 youth gathered. Tyres were burnt and roads blocked. They chanted political slogans as they marched through the village.

A police spokesperson confirmed shots were fired into the air.

Protestors have been marching to local government centres (known as tinkhundla) to deliver petitions demanding reforms. 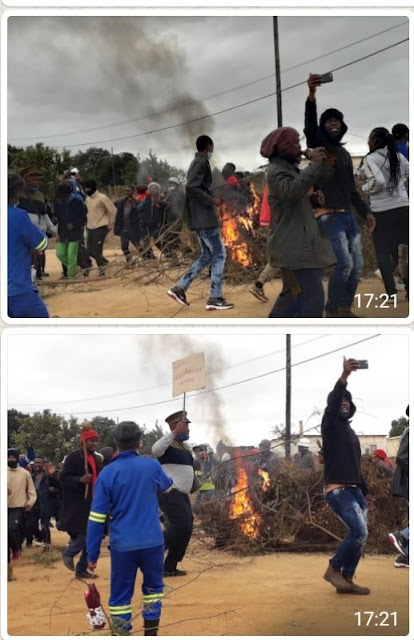