The first-ever LGBTI Pride parade to be held in the deeply conservative kingdom of Swaziland / Eswatini took place on Saturday (30 June 2018). About 500 people took part in a march.

It was both a social and political event as speakers called on the kingdom to respect the rights of LGBTI (lesbian, gay, bisexual, transgender, intersex) people. Homosexual acts are illegal in Swaziland.

The Pride attracted attention all over the world in mainstream and social media. Many of the events were streamed onto social media platforms as they were taking place.

The Times Sunday newspaper in Swaziland reported (1 July 2018), ‘By all intents and purposes, it was a march that confronted and attempted to break the socially entrenched homophobic stereotypes.’

It added, ‘There was high anticipation among the marchers that they would be allowed to proceed towards the city centre, but the agreement with the police was to avoid those busy areas of the city for security reasons. The messages out there were about sensitising society to embrace this group of people, show them respect, and love them just as God loved them.’

United States Ambassador to Swaziland Lisa Peterson and European Union Ambassador Esmeralda Hernandez Aragones were among those to speak on the need for human rights and justice for all people.

There is a great deal of prejudice against LGBTI people in Swaziland. In May 2016, Rock of Hope, which campaigns for LGBTI equality in Swaziland and organised the Pride event, reported to the United Nations Universal Periodic Review on Swaziland that laws, social stigma and prejudice prevented LGBTI organisations from operating freely.

The report, presented jointly with three South African-based organisations, stated, ‘In Swaziland sexual health rights of LGBTI are not protected. There is inequality in the access to general health care, gender affirming health care as opposed to sex affirming health care and sexual reproductive health care and rights of these persons. HIV prevention, testing, treatment and care services continue to be hetero-normative in nature only providing for specific care for men born as male and women born as female, thereby leaving out trans men and women as an unprotected population which continues to render the state’s efforts at addressing the spread and incidence of HIV within general society futile.’

The report added, ‘LGBTIs are discriminated and condemned openly by society. This is manifest in negative statements uttered by influential people in society e.g., religious, traditional and political leaders. Traditionalists and conservative Christians view LGBTIs as against Swazi tradition and religion. There have been several incidents where traditionalists and religious leaders have issued negative statements about lesbians.

‘Human rights abuses and violations against members of the lesbian, gay, bisexual, transgender and intersex population continue to go undocumented, unreported, unprosecuted and not addressed.’

It added, ‘There is no legislation recognizing LGBTIs or protecting the right to a non-heterosexual orientation and gender identity and as a result LGBTI cannot be open about their orientation or gender identity for fear of rejection and discrimination. For example, the Marriage Act, only recognizes a marriage or a union between a man and a woman. Because of the absence of a law allowing homosexuals to conclude neither marriage nor civil unions, same-sex partners cannot adopt children in Swaziland.’

The report made seven recommendations to the Swazi Government, including to review laws that undermine LGBTI persons’ rights in particular and human rights in general especially as they conflict with the Constitution; and to ensure prosecution of State agents who commit human rights violations against LGBTI individuals and their organizations. 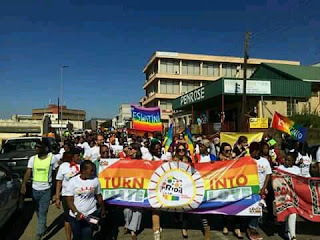 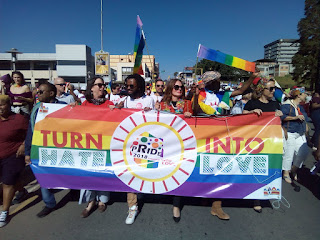 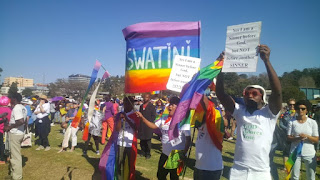 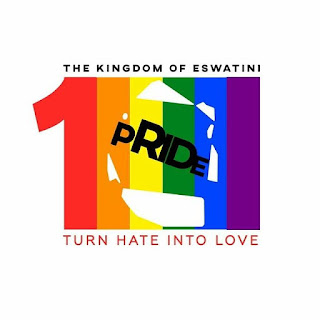 PRESS VILIFIED OVER LESBIAN’S DEATH
http://swazimedia.blogspot.com/2010/01/press-vilified-over-lesbians-death.html
at 9:33 AM

Email ThisBlogThis!Share to TwitterShare to FacebookShare to Pinterest
Labels: LGBTI, Rock of Hope