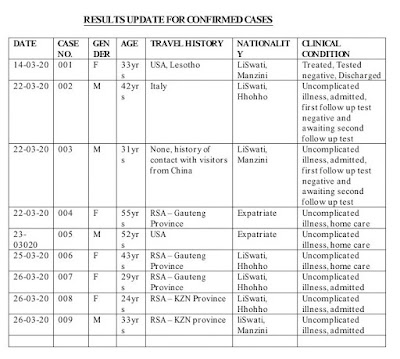 CLARIFICATION: The total number of test results received by the Ministry of Health since 15 March 2020 was 324. See here https://swazimedia.blogspot.com/2020/04/total-number-of-coronavirus-test.html