Zweli Martin Dlamini, the editor of the Swaziland News, has fled Swaziland (eSwatini) for the second time after being arrested and tortured by police who accused him of sedition.

Dlamini told South Africa Broadcasting Corporation’s (SABC) Media Monitor programme on Sunday (8 March 2020) police raided his home after he published articles in the online newspaper that were critical of King Mswati III, who rules Swaziland as an absolute monarch.

Dlamini said police raided his home at about 5.30 am with a search warrant and took away his laptop and electronic gadgets. He said they took a photograph of his four-year-old son and asked which preschool he attended.

Dlamini was then taken to Mbabane police station where 20 officers were waiting for him. They questioned him about an article he wrote in the newspaper headlined ‘King Mswati’s speech is actually a lie from the throne’ which criticised the King’s speech at the opening of parliament on 31 January 2020. They also questioned him over an article: ‘Buganu: Who gave the King power to call our wives for a sex ceremony.’

Dlamini said in his interview, ‘They [police] said now that I am before them I must forget about my rights.’ 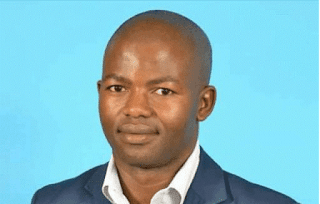 He added, ‘They then suffocated me with a plastic bag. They tied me up.’

He was released after about eight hours. He told SABC he left Swaziland to get a medical check-up following the police assault. He said he did not feel safe to return to the kingdom.

He said he thought King Mswati had a hand in his arrest and the King had pressurised police to deal with him over his articles.

On 7 February 2020, The Swaziland News reported Dlamini was being harassed and receiving death threats from King Mswati’s first born daughter Princess Sikhanyiso, who is the  Minister of Information Communication and Technology.

Dlamini had previously fled to South Africa in fear of his life in 2018. He had received death threats from a local businessman and his newspaper Swaziland Shopping was shut down by the Swazi government.