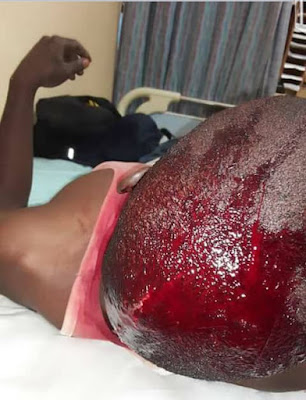 Previously the ITUC had criticised other police attacks on workers. It also declared that the tiny southern African kingdom, which is ruled by King Mswati III as an absolute monarch, had one of the worst records on workers’ rights in the world.

More than 30 people were injured when police opened fire with rubber bullets. They also used water cannon and teargas on protestors during a three day strike for a cost-of-living salary increase.

ITUC General Secretary Sharan Burrow said in a statement on Tuesday (8 October 2019),‘Respect for workers’ rights, good faith dialogue and a government that responds to people’s needs and concerns – just like any other country, this is what Eswatini needs, not state violence against the people. Eswatini’s King Mswati pledged to us earlier this year to build these bridges, yet now we are seeing the government pulling all stops to undermine them.’

In a letter addressed to Swazi Prime Minister Ambrose Dlamini, the ITUC highlighted past commitments to establishing dialogue. It added, ‘The use of violence, even for purported reasons of internal security, constitutes a serious violation of human and trade union rights.’

In the letter to the PM, ITUC, which represents 207 million workers across 163 countries,  called for an ‘urgent and impartial investigation’ into the police shootings.

It added King Mswati had made a commitment at a meeting with the ITUC at the International Labour Conference in Geneva in June to engage in good faith in dialogue to improve industrial relations. ‘The violence and repression against the protesters and the legal obstacles for strike actions and protests undermine this commitment,’ ITUC said.

Swaziland has one of the worst records in the world for workers’ rights, according to an ITUC report.  Reviewing the year 2018, ITUC said ‘police brutality reached unprecedented levels’ and ‘security forces fired live ammunition at protesting workers’.

In September 2018 police fired live bullets, rubber bullets and teargas at workers and demonstrators who had been legally protesting during a three-day strike. The streets of Manzini, the kingdom’s main commercial city, were turned into a ‘battlefield’, according to local media. The Swazi Observer, a newspaper in effect owned by King Mswati, said the bus rank in Swaziland’s major commercial city was ‘turned into a warzone as stun grenades, teargas, teasers and rubber bullets became the order of the day’.

The demonstration organised by the Trade Union Congress of Swaziland (TUCOSWA) was over accusations that millions of dollars had been removed from the national pension fund by the government which was not elected but chosen by King Mswati. 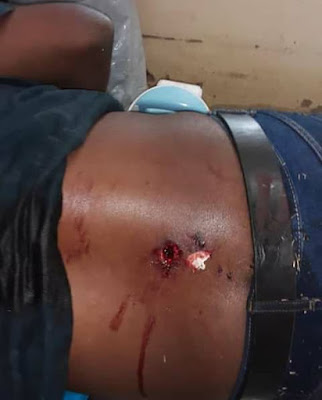 Pictures show the wounds suffered by two of the protestors. Sourced from Facebook

Two critical after police attack
https://swazimedia.blogspot.com/2018/06/two-critical-after-police-attack.html
at 9:46 AM