Barnabas Dlamini, the former Prime Minister, now deceased, of Swaziland (eSwatini) demanded sex from female journalists during international trips. They would be paid between E100,000 and E200,000 (US$12,000) for spending nights with him.

The revelation was made by a House of Assembly select committee investigating serious allegations of corruption, nepotism and maladministration at the eSwatini Television Authority (ETVA) and eSwatini Broadcasting and Information Services (EBIS). These are the two state broadcasters in Swaziland.

The report names some of the women said to be involved. It said a senior female manager would arrange women journalists to provide sexual favours for the prime minister.

Dlamini, a married man, was also accused in the report of having a long-standing love affair with a staff member of EBIS.

The monies paid to the women was said to have come out of official funds, and ultimately paid for by the taxpayer.

The select committee also heard there was a lot of discontent at the state broadcasters about who was chosen to go on international trips. Some people received preferential treatment, it was said.

Dlamini, who died in September 2018, aged 76, had a life embroiled in allegations of corruption. 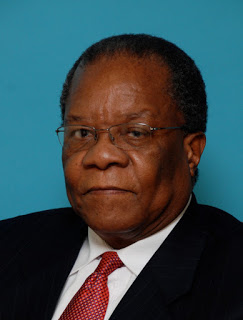 Dlamini managed to amass a personal fortune, including property, livestock, cash and company shares, estimated in 2012 to be worth E12 million (US$1.56 million at the time). In Swaziland seven in ten people have incomes less than the equivalent of US$2 per day.

He was involved in a scandal starting in 2010 that involved his purchase of Swazi Nation land at half its true value.

Even in the weeks before his death he was entangled in an allegation that his retirement home which was to be built at taxpayers’ expense would be on land he owned himself with his youngest daughter, Busisiwe.

Dlamini had been Prime Minister until the September 2018 national election. He was never elected by the people but appointed by King Mswati III, the kingdom’s absolute monarch. He held office for seven-and-a-half years until 2003. He was reappointed in 2008. He left behind a trail of misdeeds. In July 2017, Dlamini was made to return E200,000 in travel expenses he had claimed for a medical trip to Taiwan after it was revealed the Government of Taiwan had paid for it.

In 2010, Dlamini publicly threatened to use torture against dissidents and foreigners who campaigned for democracy in his kingdom. He said the use of ‘bastinado’, the flogging of the bare soles of the feet, was his preferred method.

Swazi PM in another ‘nepotism’ row