Members of the security personnel of Swaziland’s absolute King have been fined 29 cattle after pictures of his multi-million dollar private jet appeared on social media.

Photographs of the wake of the vigil of King Mswati III’s wife Inkhosikati Senteni Masango who committed suicide in April 2018 were also published online.

The City Press in South Africa reported (10 June 2018) the security guards have also been ordered to deposit their cellphones in a container when arriving at work so that they do not take pictures. Another punishment was a new order that they may not sit down at all during their shifts, which can last for longer than eight hours.

The royal family is guarded by officers from His Majesty’s Correctional Services, Umbutfo Swaziland Defence Force and the eSwatini Royal Police.

King Mswati III the absolute ruler of impoverished Swaziland / Eswatini took delivery of his second private jet, an A340-300 Airbus, in April 2018 amid secrecy about the true cost of its purchase.

It has been described by CNN as ‘one of the world’s largest personal aircraft’.

It has been widely reported within Swaziland and elsewhere that the 17-year-old plane cost US$13.2 million to purchase from China Airlines in Taiwan. The A340 Airbus is a long-range wide-bodied passenger plane. Usually, it seats 375 passengers and has a range of 12,400 to 16,700 km (7,700 to 10,400 miles). Following the purchase, the Airbus was completely refurbished. With the upgrades it could now be worth as much as US$30 million, but it has not been revealed how much the upgrades cost or where the work was carried out.

At his 50th birthday party on 19 April 2018 King Mswati wore a watch worth US$1.6 million and a suit weighing 6 kg studded with diamonds.

On 4 June 2018 at a ceremony that lasted six hours he received birthday gifts from his subjects. They included cheques worth at least E15 million (US$1.2 million) along with dining room and lounge furniture made of gold.

Although the King posed for photographs with his diamond-studded suit and furniture of gold, he is more sensitive about the interior of his plane being photographed. He has also banned the media from showing him in his cars including a Maybach limousine that according to CNN cost US$500,000. 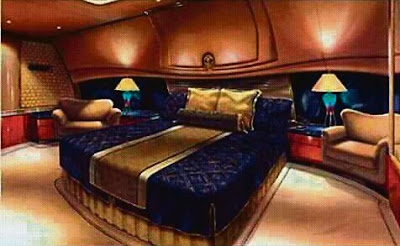 CENSORSHIP AND THE SWAZI MEDIA
https://swazimedia.blogspot.com/2008/07/censorship-and-swazi-media.html